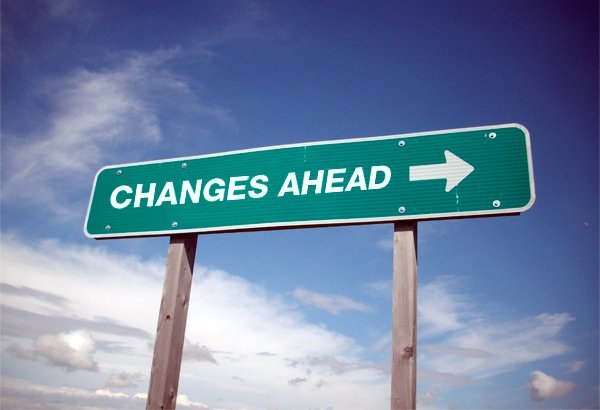 2000 years ago, a man stepped up to John the Baptist, on the bank of the Jordan River, to be baptized. No one knew anything about Him. There were rumors and a fading memory of miraculous events that occurred in Bethlehem 30 years earlier, but nothing had come of it.

Who was this man? John seemed to know Him. Strangely, a dove descended on Him as He came up from being immersed in the water, and thunder sounded, or some said words were spoken from Heaven. This man, Jesus, was different. He was the Son of God. He began a work, He build a church, which has not finished its mission yet – 2000 years later.

Every great movement begins with one man: a man with a vision. Jesus was such a man. At an earlier time, Moses had been such a man. So had Abraham. Later, men like Martin Luther, John Wesley and William Sowders would be visionaries, who would launch godly movements.

Because these men’s vision had been of God, they did not remain alone. Others caught the vision, and were attracted to the movement. In the case of Jesus, there were the 12, the 70, various sisters, crowds at times, and 120 who truly caught sight of what the purpose of the vision was all about.

What one Man began to build, the church; continued beyond His death. It grew. It spread. It was no longer just a man, and those who followed Him. It became a movement.

The movement was innovative. For the next 40-70 years, the movement had great success. We know it as the Early Church. It spread first in Jerusalem, then in Judea, then Samaria, and finally to the ends of the earth. Those who had been personally recruited by the founder, such as Peter, and John, were instrumental in the phenomenal success of the movement. But others were added later, such as Paul, who greatly advanced the work. Acts 17:6 tells us that the movement turned the world upside down.

Sadly, however, the leadership that stretched back to the Founder died off. A new generation began to replace the pioneers. The very success of the movement brought new pressures to compromise with the world. The movement began to drift off of its historical foundation.

Whenever a movement loses its core values and is no longer innovative and “cutting edge,” it begins to drift. Drifting is not deliberate progress toward a goal. We see in in Judges 2:10, where after great success another generation came on the scene; a generation that knew not God, or His works for their fathers.

Every true church is only one generation away from apostasy. But it is not supposed to apostatize. Each generation is to lead the following generation into a relationship with the Lord. Psalms 145:4 says: “One generation shall praise thy works to another, and shall declare thy mighty acts.”

But it almost never seems to work that way. Even the posture of the mighty Early Church changed from one of evangelism and spreading truth, to one of defending truth. See Jude 3-4. The Apostle Paul knew the Early Church would drift away into apostasy. See II Thessalonians 2:1-2.

By the close of the New Testament, in Revelation 2, Ephesus was in danger of losing its first love. It had been founded only 40 years earlier. Paul spent three years, night and day, warning them. He wrote them an epistle. He sent Timothy there. John moved there after the destruction of Jerusalem in 70 A.D. But the church was still drifting. All authors of the New Testament warned against false teachers, and compromise with the carnal and religious world.

Where did these false teachers come from? Were they nobodies who just showed up and began to preach some different message or institute a different order? No, they had to be somebody for the people to listen to them. They were ministers in the fellowship – teaching something that sounded good, but was wrong.

By 90 A.D., there were only 7 churches still in Asia Minor in Revelation 2 & 3. Five of those were in danger of the candlestick being removed. Many other churches were still meeting, with people attending services, but they were no longer on the foundation of truth and New Testament order that they had been built upon years earlier.

The movement lost its edge. Things were still happening. There was still a form of godliness, but they were denying the power thereof. New leaders compromised with the world, and preached easy messages, drifting away from life-changing truth. They began to bring in elements of false religion. The movement became a mechanism.

A mechanism looks like a movement, but there is no vision, no forward progress, no innovative advancing of the original vision. There is activity, but no life – like a robot or other operating machinery. In that apostatizing church, the people were still there, but they were just going through the motions.

The most dangerous time for any organization or institution is when it begins to drift from a movement to a mechanism. If the drift cannot be impeded, and resisted, it will drift into a mechanism, and then on to be just a monument.

A monument, like a statue, looks very nice, but there is no life there. The Pharisee movement started in the 3rd century, B.C., before the Maccabean Wars. They began with the noble goal of resisting the corrupting influence of Greek culture and to encourage the people to remain true to the Mosaic law. They started well, but drifted off their foundation. 300 years later, Jesus said they were just a monument – He called them “whited sepulchers” in Matthew 23:27.

This process; from man, to movement, to mechanism, to monument, happens in every organization over time. It happens in corporations. What happened to the companies that made trolleys and steam engines? If they failed to innovate and advance, they became a mechanism, a monument, and disappeared. Like many monuments to Saddam Hussein, they are now gone.

A man named Sears had a vision. He was joined by a man named Roebuck. They began selling by catalog. After they retired and after their deaths, other men and women turned their vision into a movement. Sears became the number one retailer in America – no other store chain was even close. But in the 1960s and 1970s, Sears became a mechanism. The innovative edge that Sears brought to retailing slipped away. Nobody had a vision of the times. Nobody saw what was happening. Today Sears has become a monument, a fossil, and it seems that no one can impede the drift.

The fate that befell Woolworth Co. and Montgomery Ward will afflict every mechanism. Those once-great retail chains no longer exist. Drifting away from the innovative, foundational principles that built the movement will always result in a mechanism and eventually a dead monument.

The point of all of this is that fellowships, even those originally commissioned of God, do not last forever. The Early Church apostatized in less than 90 years. Martin Luther, John Wesley, and other men launched powerful movements, but those movements became mechanisms – and even monuments. The Lutheran church today is a monument to Martin Luther.

Our Pentecostal group of churches was started by the Lord giving a man a vision. That man was William Sowders. He imparted his vision in others, and a movement was formed. That movement continued and grew after his death. But he died almost 60 years ago, and his movement has been in existence for some 100 years. Are we in danger of drifting off the foundation and turning into a mechanism, or even a monument?

We can do that without losing the truth we have now – restoration of truth is progressive. But there is a danger of loss of innovation, losing the “cutting edge” mentality. We can drift off the foundational principles that were innovative, and were distinguishing characteristics of this movement when it began on the banks of the Ohio River. Anytime a movement has more memories than it has dreams, that movement is in trouble.

What was innovative about the Body of Christ under Bro. William Sowders? It wasn’t just the doctrines – for every fellowship and denomination has doctrines that are distinct. It wasn’t just a message of holiness, for there were many holiness movements 100 years ago. We need truth restored, we need holiness. But there was something more about the body of Christ that gave it life and a unique calling from the Lord.

This body was distinct in its mission, operation, spirit and order. It was called to restore truth, produce bride members, and speak for God at the end-times. It operated without an earthly covering, The overriding spirit was true charity – from I Corinthians 13. The order was to make Jesus truly the head of the Body.

We became and still are a movement. But if we drift off of our foundation, we will become a mechanism, or even a monument.

There are several important principles that every local church and every movement needs to keep in mind:

That last point is very important: drift can be impeded, and maybe even stopped and reversed. We all need to pull for greater touches of God’s Holy Spirit, to pray more and study more, and to repent and change where we have gone off the true foundation. If we have drifted away, we need to get back to the old paths, wherein is the good way, and walk therein once again. See Jeremiah 6:16.

It is extremely hard to keep a movement vibrant into its second century. If we drift away from the principles that defined the Body of Christ, we will lose our vitality – and the Lord will have to raise up some other movement. Compromise with the world, and a desire to be like all the other churches will destroy us.

But it doesn’t have to happen. If we can pass on the torch; if we can reverse any drift; if we can keep our vision clear; we can continue with our mission. The return of the Lord isn’t that far off. We have time to finish restoration, if we will keep working at it. Let’s continually re-dedicate ourselves to the calling God gave this body 100 years ago.